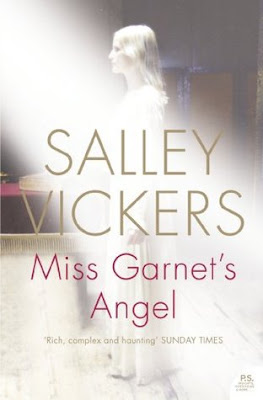 Middle-aged schoolmistress Julia Garnet, grieving after the death of her long-term friend and flatmate (but not, we infer, her lover), moves to Venice with a six-month rental on a small apartment off the Grand Canal. Miss Garnet is a spinster, a Communist and an atheist. She very quickly falls in love - not once but twice.

Her first love, an art historian, proves to be an unwise choice. Her second love, depicted in painting and sculpture in various churches and galleries, is the Archangel Raphael who famously accompanied the apocryphal prophet Tobias across the land of Assyria to meet the demonically possessed woman he was destined to love.

Salley Vickers alternates the story of Miss Garnet and the people she meets in Venice with a re-telling in vernacular English of Tobias's ancient odyssey. And as the city with its canals casts a spell over Julia's heart, this biblical romance frees her spirit - her soul - from a dormancy that has lasted her entire life.

The writing of this beguiling novel is elegant but unfussy, the kind of writing, you feel, that Jane Austen might be producing if she were alive today. 'If you spend most of your life alone often you do not know that you are lonely.' Julia likes the fact that the Lord is 'Signore' to the Italians: 'how nice that God should be a humble mister!'

In contrast to Tobias's cinematically exotic adventures, events in contemporary Venice move at an unhurried pace, but Miss Garnet's 'awakening' makes her an endearing heroine, more likeable than lovable. Defying categorization, this is a spiritual quest that spans almost three millennia.
Posted by David Gee at 03:50 No comments:

Selling books. It's better for booksellers than for authors. 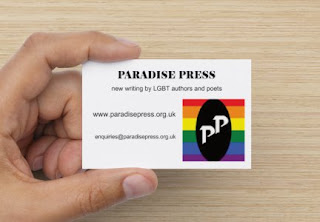 Paradise Press has received an order for a single copy of The Bexhill Missile Crisis from a leading London bookshop. The store demands a 35 percent discount on the retail price (£2.80 off £7.99). They expect us (me) to pay the postage (another £1.68 first class). The cost of the book from the printer works out at £3.61 per copy. Totting that up, you will see that I make a loss of 10 pence on this sale (that's 15 cents for US readers) - not including the cost of a jiffy bag and wear-and-tear on my shoes getting to the post office. If I mail it second class I can actually make a profit of 7 pence (11 cents) - about the price of the jiffy bag!. Bulk orders allow me a slightly better margin, as does a sale direct from the Paradise Press website.

I am paying people to read my book! Funny old world, isn't it? I could, of course, raise the book price, but £7.99 seems a fair (and competitive) price for a 215-page novel.

Do all authors have this problem?
Posted by David Gee at 02:59 No comments: 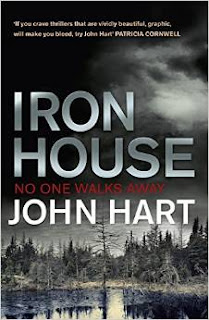 John Hart is a new name to me. This is his fourth thriller, and the critics have heaped praise on him. Well-deserved praise.

Michael and Julian are brothers, whose lives have taken different directions since they left the Iron House orphanage in North Carolina following the savage killing of a bully. Julian was adopted by a senator and has become the successful author of dark children's books. Michael ended up under the protection of a New York crime lord, for whom he has carried out many ruthless murders. The crime lord is now dead and Michael wants to start a new life with Elena, his new-found love. But the gangster's son wants to kill Michael and anyone close to him, including his schizophrenic brother.

They say that all the best themes can be found in the Bible.Iron House, like the famous Blood Brothers, is a variation on the story of Cane and Abel. A violent variation, but a highly original one. The senator's wife has terrible secrets of her own. There's a wild child in the woods who should belong in a fairy story but somehow suits this one. The plot goes off in unexpected directions with two distinct climaxes, separated by a hundred pages in which this crime-and-revenge thriller morphs into Southern Gothic melodrama.

John Hart writes the kind of lean, vivid prose that is only seen in the very best thriller writers. The combination of Gothic and Greek tragedy brought to mind Thomas Harris's Hannibal, the most 'literary' book of the Lecter series. Here are two fine sentences from Iron House: "The tenement house that almost killed the man was a river's breadth away, and a lifetime apart." "Jimmy took a deep breath, and smelled all the places he could bury a man." A calibre of writing you are unlikely to read in the self-published books that increasingly dominate the thriller market today. John Hart is a writer I plan to follow. This is far and away the best novel I've read this year.