What I'm reading: Your DNA can introduce you to your murderer 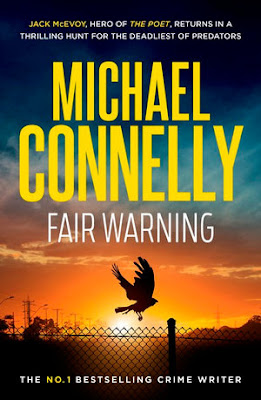 Michael Connelly reintro-duces us to Jack McEvoy, the Los Angeles journalist who previously tangled with serial killers in The Poet and The Scare-crow. A woman McEvoy dated is bizarrely murdered, her head twisted through 180 degrees (like Linda Blair’s trick in The Exorcist). There have been similar murders, all women who sent their DNA to a company that can put people in touch with lost or unknown siblings. Jack investigates the link between this seemingly innocuous service and a serial killer who calls himself “The Shrike”, a monster almost as creepy as “The Tooth Fairy” in Thomas Harris’s Red Dragon (Hannibal Lecter’s debut).

Michael Connelly is rightly acclaimed as one of The Greats of modern Crime Fiction, and he’s on top form in this pacey, nerve-wracking thriller. If you’re thinking of sending a DNA sample to one of those “Find Your Lost Family” outfits, think again. It may end up in the hands of your future murderer. Fair Warning.