What I'm reading: Art theft and murder in the Christie style 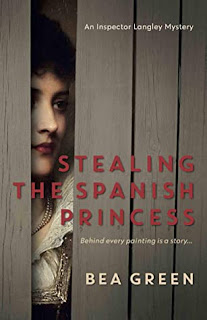 A painting recently identified as a "lost masterpiece" by El Greco is stolen from the London flat of its Russian billionaire owner and his girlfriend left murdered. Art theft specialist DCI Richard Langley’s investigation takes him to St Petersburg and Madrid and uncovers two more killings and a trail of ruthless international art thieves.

I’m used to reading US crime fiction, which tends to be gory and garish. Stealing the Spanish Princess is in the more workaday tradition of television police procedurals like Morse or Foyle’s War. Bea Green writes in an unaffected style that has echoes of Agatha Christie, the ‘grandmother’ of British crime authors. The pace is good and the art history well researched.