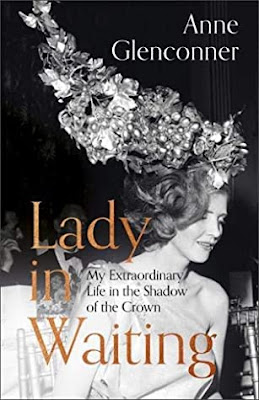 When her memoir first came out, Lady Anne Glenconner was a frequent presence on chat-show sofas, high-lighting two incidents from her long and hectic life. She was a friend as well as a lady-in-waiting to Princess Margaret for many years. And Colin Tennant, Anne’s husband, took her to see a live sex show on their Parisian honeymoon.

Growing up on a Norfolk estate near Sandringham, Anne was a childhood playmate of the Princesses Elizabeth and Margaret. She is careful not to gossip about Our Sovereign Lady, and what she reveals about Margaret is not exactly hot news: Tony Snowdon was bisexual and prodigiously unfaithful; Roddy Llewellyn, more than Peter Townsend, was the great love of the Princess’s life. From TV documentaries we know that Margaret was haughty and demanding; Lady G. suggests that she could be (selectively) a kind and supportive friend.

Colin Tennant, Lord Glenconner, owes his fame to his canny purchase of the island of Mustique in 1958 (for £45,000) and the parties he hosted there and elsewhere. He was not the best choice of husband – unstable, decadent, flamboyantly camp – but their marriage lasted for decades and ended with his death, not divorce. Busy with their social lives and developing Mustique, the Tennants largely left their children to be raised by nannies and servants, as they themselves had been. Silver spoons turned to dross when tragedy struck their three sons: HIV/Aids, drug addiction and a devastating motorbike accident. Anne had to mother her boys more as adults than she had as kids.

These family dramas are the most appealing element of the book, more than the celebrity/royalty tittle-tattle. The book has been dictated rather than written, which gives it a chatty readability. At its worst, there are gushing echoes of Barbara Cartland. At its best, Lady in Waiting vividly – and not always attractively – reinforces Scott Fitzgerald’s observation that “The rich are different from you and me.” Very different.