Now for my first BAD Review!

Well, you can't please everybody. Here's my first less than enthusiastic review in New Books Magazine:

The Dropout is a book about Paul dropping out of university and returning home. Interestingly, only the first half is written from his perspective, in the second half other points of view are recorded. It was good to get the background to some of the characters and I was interested all the way through. However, the characters were a little unpleasant and I can’t say I warmed to any of them, especially the lead character Paul.

I also found that the plot was tied up in quite a lazy way (you’ll understand if you read it but I don’t want to give away the whole plot!) and it didn’t quite seem believable as a story.

I don’t think I would read anything else by this author and I think that the amount of sex scenes may make it an uncomfortable discussion at a book group.
Reviewed by: Nicky Hallam - Exeter
Posted by David Gee at 02:41 No comments:

What I'm reading (about): NUCLEAR IRAN 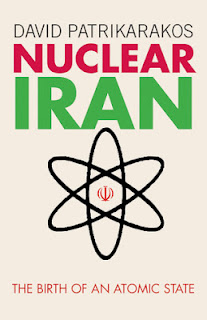 OK, I'm not reading this - not my kind of read - but a review in yesterday's Independent made some revealing - and disturbing - points which I'm sharing with you here.


Iran's nuclear programme started way back in 1957. Tehran's first so-called 'research reactor' went critical in 1967, using weapons-grade enriched Uranium 235 supplied by - surprise! - the USA. The Shah saw nuclear power as a symbol of Iranian 'modernity', a notion that the Islamic Republic has also taken on board. Current American thinking is, of course, that naughty Mr Ahmedinijad wants Iran to become not just a modern state, but a regional superpower, likes those highly responsible nuclear-armed regimes in India, Pakistan and Israel.


As the Bible tells us (just looked it up: Hosea, 8:7): "For they have sown the wind, and they shall reap the whirlwind."


They have - and perhaps they shall.


The second series of the near-apocalyptic series Homeland, currently airing on UK TV, is set in the  here and now - or at least in a very nearly present time - but between the end of of Series One and this new chapter Israel has destroyed Iran's nuclear research sites.

For the next week or so we will be "celebrating" the fiftieth anniversary of the Cuban Missile Crisis (which I'm using as the backdrop to my next novel). An appropriate time to be concerned about Iran's nuclear ambitions.

Remember the ancient Chinese proverb or 'curse'? "May you live in interesting times."

First review of THE DROPOUT

This is from my first review on Amazon, posted by "Timbo".

David Gee’s tongue-in-cheek, if dark, social and sexual satire (a sort of cross between David Lodge and Tom Sharpe) leads us through a topsy-turvy world of sexual shenanigans and unconventional relationships conducted behind the outwardly respectable façade of small town life, a façade which the return of the prodigal son, Paul, cracks wide open, to reveal the unsavoury secrets lurking behind it.

This is a highly-absorbing, entertaining and ultimately satisfying read, and one which I would unhesitatingly recommend.

A longer version of his review was first posted at
http://www.polarimagazine.com/bookreviews/dropout-david-gee/
Posted by David Gee at 16:19 No comments:

Storm over the cover of THE DROPOUT

Here's an article from the Brighton Argus today:

An anti-suicide campaigner has criticised the cover of a new novel showing a car plunging over the edge of a notorious suicide spot.

Keith Lane said the cover of The Dropout, using an image of Beachy Head, was in very poor taste and accused the book’s author of “making money on the back of suicide survivors”.

Mr Lane, whose wife Maggie killed herself at the beauty spot in 2004, criticised the cover designed by Newhaven author David Gee.

The book, Mr Gee’s second novel, is |a coming-of-age drama focusing on a year in the life of a 19-year-old university drop-out who returns to his Sussex hometown after his girlfriend dumps him and his gay best friend commits suicide.

The book, which the 70-year-old author is self-publishing through Troubador books, follows the sexual exploits of lead character Paul Barrett.

He said he paid an American company $50 to create the controversial front |cover.

Last Christmas, brewer Beachy Head had its beer Beachy Head Christmas Jumper removed from supermarket shelves after it was accused of being insensitive to suicide victims.

Mr Lane, who has talked dozens of people away from the cliff, said: “Someone could see that in a bookshop and be horrified.

“Beachy Head is a very poignant place for a lot of people and this image will have a profound effect on them.”

Author Mr Gee said he did not believe people would take offence at his book cover.

He said: “The car going off the cliff is not in context of a suicide attempt in the book, it’s an accident.”

Mr Gee will be signing copies of the book at a Macmillan Coffee Morning in St Andrew’s Church in Waterloo Street, Hove on Friday.

Here's the text of an email I sent the Argus:

I regret having so grievously offended Keth Lane. I genuinely did not think that the "high drama" of my cover would be viewed as in any way disrespectful to the memory of Beachy Head's many suicide victims. The novel begins with a suicide (off a university tower) inspired by one from my college years, so I am mindful of how terrible such an event is.

Here's the reply from the reporter:

I did add controversy to your book piece a little reluctantly but I was under orders and unfortunately controversy is what sells paper and hopefully your books.

I would say all publicity is good publicity definitely applies, an article on your book would not have made a lead article in the paper without the controversy angle.

After concern was expressed that the bad publicity might put people off going to a vital fund-raising event I have withdrawn from the event.

But I don't plan to change the cover! One of my friends commented that: "you don't avoid photos of high-rise buildings because planes were flown into them on 9/11, do you?"

Hopefully a local bookshop will give me another chance to sign copies of THE DROPOUT.
Posted by David Gee at 14:28 No comments: 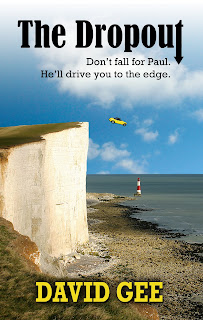 The book is published by Troubador and priced at £7.99.
Posted by David Gee at 03:54 No comments: 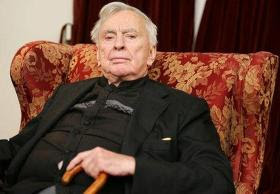 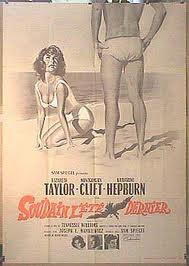