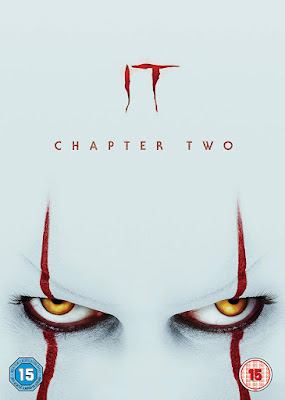 In the previous version of this Stephen King adaptation, the 27-year timescale was squashed into a single film. Now they’ve chosen to make two movies, of which this second “chapter” alone is nearly three hours. It’s a bit of a long haul, but there are enough jolts along the way to keep you on the edge of your seat.

27 years after the gang of boys (plus one girl) put a stop to Pennywise, the killer clown, he reappears in Derry (Maine) to start another wave of killing. Only Ben (Isaiah Mustafa) is still living in Derry, but the others respond to Ben's reminder that they swore on oath to fight the demon.

The script does full justice to King’s writing style, giving each character a brief back-story, so that we get an idea of how their lives have turned out. Toward the end there are strong echoes of The Witches of Eastwick and John Carpenter’s The Thing. Stephen King makes a cameo appearance as a thrift-store owner talking to the one of the gang who’s a horror-story writer!

Yes, this is a bit too long, and there’s some repetition, but production values are high and the CGI is top-of-the-range. “Softcore” horror fans will find plenty to savor here (moderate gore).

David at the Movies: a dog and Channing Tatum - two star attractions 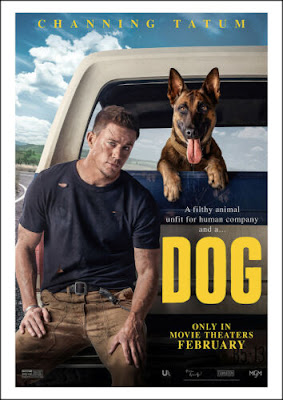 Two good reasons to see this. The title – it’s a movie about a dog. And Channing Tatum, one of the most likeable as well as one of the most attractive of Hollywood stars.

Tatum plays an Afghanistan war veteran recovering from traumatic injuries who is assigned to escort army dog Lulu (a Belgian breed similar to German Shepherd) on her final mission. Trained to sniff out and attack terrorists, Lulu is unstable after all she’s been through and is to be put down after Channing takes her to the funeral of her former handler.

Needless to say, on the long road journey to the funeral Channing and Lulu are going to bond and meet some weirdoes. To say more risks spoilers. This is a less mawkish movie than A Dog’s Purpose (which I loved, btw), but Lulu is adorable despite her forays into viciousness (three dogs are credited with playing her) and Tatum too is (very) adorable, in his way. See it. 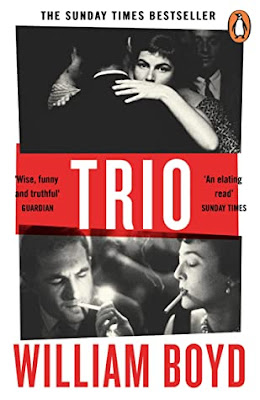 The three protagonists in William Boyd’s novel are linked by being in Brighton in the summer of 1968 while a movie is filmed. Elfrida, whose philandering husband is directing the picture, is trying to start a new novel about the last day in the life of Virginia Woolf (who went into a river not far from Brighton). Talbot, the film’s harassed co-producer, fears that his partner is trying to freeze him out; he also has mild urges to venture down new sexual paths. Anny, the movie’s self-obsessed American star, is juggling two lovers and having to deal with an ex-husband on the FBI’s Most Wanted list.

This trio of diverse human dramas is a variant on familiar Boyd ‘territory’. The 1960s Brighton setting evokes Graham Greene, who clearly has been a major influence on Boyd’s writing life. The story teeters on the edge of both comedy and tragedy. None of the main characters is particularly sympathetic to the reader (to this reader), and the first chapters are a bit scrappy, but towards the end Boyd’s writing recaptures the quality of his best novels (Restless is the most outstanding of the last half-dozen).
Posted by David Gee at 02:58 No comments:

David at the Movies: Sandra Bullock minus the glamor 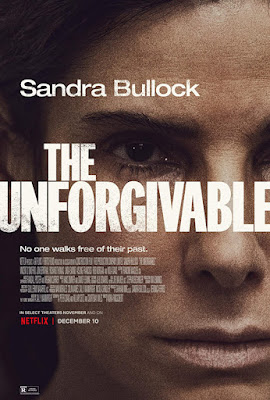 Sandra Bullock gives a career-best perform-ance as Ruth, a paroled murderess desperate to reconnect with her kid sister who was taken off for adoption when Ruth was jailed. Under the terms of her licence Ruth has to live in a grungy hostel in Seattle, work in a fish-packing plant and have no contact with her sister. Obviously, the whole point of the story is for her to circumvent this stricture. Her sister’s new parents oppose any reunion, and the two sons of the murdered man, a sheriff, are eager to avenge his death.

Bullock is deservedly winning nominations and awards for The Unforgivable. Deglamorized and with a near-permanent scowl, she is a long way from Miss Con-geniality here. Despite the grim modern setting and language, this feels a lot like the kind of melodramatic role we used to see Barbara Stanwick or Joan Crawford in. The plot twist and the climax are fairly predictable, but I found this immensely gripping to sit through and deeply moving.