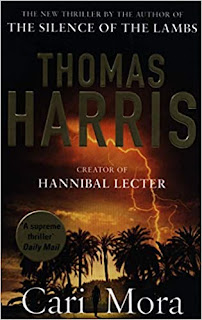 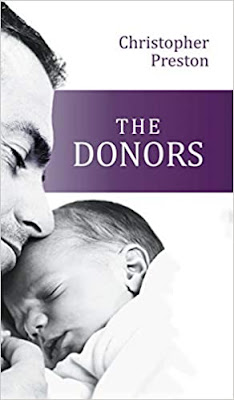 Chris Preston is a member of my Gay Authors Workshop group in London. This is his second novel and draws, I’m guessing, on some of his own experiences.

London in the 1990s, the era of Aids. Mark and Adrian, a gay couple in their thirties, decide to respond to adverts for sperm donors in the Pink Paper. The advertisers are lesbians, singletons and couples, keen to be mums and hoping for gay men who will want to take a paternal interest in their donations. I hadn’t realized that the D-I-Y procedure can be just as effective as the more expensive fertility clinic. A landlady in my student days used a turkey baster, I can’t remember why.

Mark has a few misfires but Adrian hits the spot very quickly. As Adrian’s relationship with pregnant Sheryl deepens, Mark begins to feel neglected. His personal life, like his career as a theatre designer, lurches between hits and misses.

All the characters here have the feel of real people taking one unusual step in otherwise ordinary lives. The Aids epidemic doesn’t cast too big a shadow. The story has moments of tenderness, moments of anger, moments of cruelty – all of which give it the immediacy of a soap opera. It’s a very engaging read and would make great television.

What I'm reading: the best novel of the past fifty years? 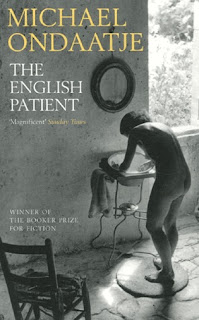 In 2018, 9,000 people voted for this as the best of the Booker Prize-winning novels in the award’s fifty years. Salman Rushdie’s Midnight’s Children had previously been hailed as the best of 25 and then 40 years.

I’m a huge admirer of Anthony Minghella’s 1996 movie of The English Patient, but I’d missed reading the novel until now. It’s only 320 pages, but I found it a tough read. Stylistically it’s very dense, skipping between present and past tenses with frequent viewpoint switches. The story is fragmentary, and it certainly helps to have seen the movie which had a more linear timeframe.

It’s 1945 and Italy has been liberated by the Allies. Hana, a young Canadian nurse, is looking after a hideously burnt man in a ruined villa in Tuscany. She is joined by a fellow Canadian, Caravaggio, who seems to be AWOL, and a Sikh bomb-disposal sapper, Kip, with whom she falls in love. The English patient (who is not actually English) tells the other three of his time before the war exploring Egyptian ruins in the Sahara and of his affair with the new young wife of one of the archaeologists’ backers.

As in the movie, the relationship between Almasy and Katharine has a kind of cold intensity. Almasy’s trek across the desert to fetch medical aid for Katharine, left injured in the Cave of Swimmers after the plane crash, is epic, but I wasn’t moved by it as much as by the tenderness between the nurse and the sapper.

The desert scenes and Tuscan landscapes are as vivid on the page as in Minghella’s visual feast of a movie. A sequence when Kip defuses a bomb is very cinematic. The English Patient is clearly a masterpiece of English writing, but I could only read a few pages at a time. There’s a lyrical quality to Ondaatje’s prose which requires re-reading as you go. Occasionally I felt I was getting echoes of T.S. Eliot. The only comparable novels I can think of are Lawrence Durrell’s Alexandria Quartet, which I hugely admired in my twenties but would perhaps find a bit ‘indigestible’ today.

Wikipedia will remind you of all the Booker shortlisted novels and winners through its 50-plus years. My personal favourite, not a winner but shortlisted in 1980, is Anthony Burgess’s Earthly Powers, a deeply powerful novel on the theme of Faith and Human Frailty. And I remember reviewing Rushdie’s Shame (1983), another runner-up, as a work of “Genius”, not a word I’ve been generous with. Looking for books that have given me the most pleasure rather than mere admiration, I’m going to plump for The Carpetbaggers and The Adventurers, both by Harold Robbins, two novels from the 1960s which thrillingly explored the world of Hollywood and Jet-Set celebrity.  Do I need to hide my head in embarrassment?

I’d welcome seeing your all-time favourites in the Comment Box. 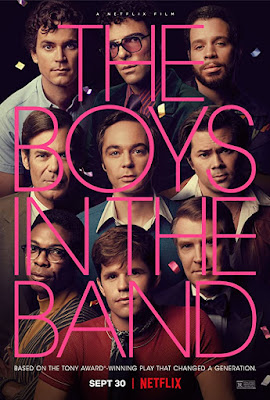