What I'm watching: Homophobia for beginners 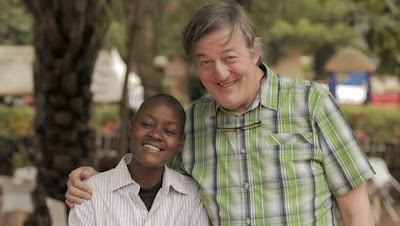 This two-part documentary, filmed over two years, took Stephen Fry on a global tour of homophobia. Part One began with an interview with Elton John and David Furnish, the Cinderella and Prince Charming of gay couples. And now for something completely different: the public hanging of five convicted gay men in Iran, followed by an interview with an Iranian in London who is waiting to hear whether he can be granted asylum here or sent back to face the odious regime in his homeland. LBGT lives are, as we all know, very different in different parts of the world.

Disturbing in a different way was his meeting with a 'therapist' in the US who operates a 're-conversion' clinic to turn gay men straight. We met one of this man's victims, a cute young man for whom the therapy confirmed him in his conviction that he was gay: luckily he had a supportive mother - many gays in the Bible Belt are forced into this kind of 'treatment' by parental bigotry. Also disturbing, in Part Two,was the growth of violent homophobia in the cities of Brazil where Gay Pride parades are among the biggest and best on the planet; Stephen met a woman whose teenage son was beaten and strangled by a local gang who went un-prosecuted.

He ended his tour in India where gays and the world's most colourful transsexuals (Hijras) are beginning to enjoy more protection from the law, although tragically most of the Hijras can only survive by working as prostitutes, with a scary rate of HIV infection.

As Stephen kept reminding us, Gay Liberation has brought us greater security in the West: protection from discrimination and, in many countries, the right to marry our partners. But in too many places the bigots are in the ascendant - and they lurk among us in Europe and the Americas. The law giveth and the law taketh away. We need to maintain our vigilance. Before he started culling Europe's Jews, Hitler sent gays to the death camps.

If you missed Out There, catch up with it on BBC iPlayer.
Posted by David Gee at 02:52 No comments: 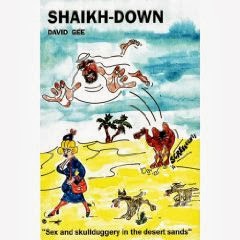