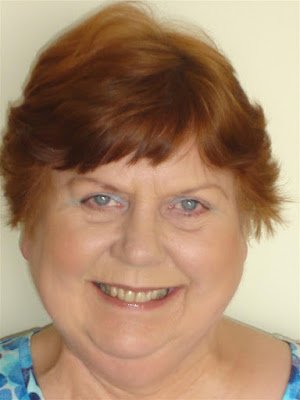 Helen Lambert, who has just died at the age of 80, was one of my oldest and dearest friends. If you think you recognise her in the photo, it might be from BBCtv’s The League of Gentlemen where Helen ran a (poison!) pie stall during one and a half series in Royston Vasey. Or you might have seen her in one of her many TV commercials, most famously for Flash cleaning products.

I met Helen in the Nell Gwynne club in the crypt of St Martin’s in the Field when I was a 20-year student in 1962 and she was an out-of-work chorus girl. The following year she joined the touring cast of Joan Littlewood’s Cockney musical Fings Ain’t What They Used To Be; her dressing-room in the Devonshire Park Theatre when the show came to Eastbourne was the first dressing-room I’d ever been with – unless you count the vestry at Hailsham Methodist Church where I used to write/act/direct shows in my teens!

In Scotland in 1963, still with Fings, Helen had a fall onstage but carried on performing despite agonising back pain which was eventually diagnosed as a fractured spinal disc. Hospitalised for more than a year and told she might never walk again, Helen – typically and literally – did not take this lying down. After months of therapy she was back on her feet and by 1968 was dancing on stage with Harry Secombe in a musical version of The Four Musketeers; Helen understudied Elizabeth Larner in the lead and took over for many performances.

Helen had a fine coloratura soprano voice and could belt out a song as ‘powerfully’ as Ethel Merman; her comedic skill was at least as good as several other contemporary actresses and comediennes  (as we used to call ladies of the theatre in those days). But she never got that big break and had to rely on working as a guide for the British Council to supplement her sporadic earnings on stage and screen. As well as commercials and appearances with Dick Emery, the Two Ronnies and two series of ‘Uncle Jack’, she was in the chorus of the movie version of Oliver! and had a featured role in the 1979 remake of The Lady Vanishes.

She was very active in Equity, the actors’ union, and served on the executive committee for many years. After retiring from The British Council, she became a magistrate in Camden. Her spinal injury was a recurring problem and required further surgery, but despite this and other health issues Helen carried on working, mostly in commercials, at home and abroad, into her seventies. After an unhappy first marriage (I gave her away at her first wedding) Helen found happiness and lasting companionship with Ray Gee (no relation to David Gee!), who this year has also suffered declining health.

Loyalty was Helen’s most notable characteristic. She was a pro-active friend to many people, in ‘the business’ and outside. She was a tireless supporter of my slow-burning writing career: I dedicated The Bexhill Missile Crisis to her in 2014, though she thought it was a bit too rude! Those of us who were privileged to know and love her at a personal level, will miss her hugely. She was a woman of substance with a substantial talent that did not get the recognition it deserved.
Posted by David Gee at 04:40 No comments: