What I'm reading: The very best of English writing 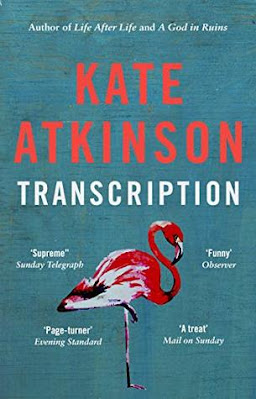 Eighteen-year-old Juliet Armstrong takes a job with MI5 in 1940, typing up tedious transcriptions of the monitored conversations of Nazi sympathizers. She also infiltrates their ranks as a ‘fifth columnist’. It takes her a while to realize that one of her team is a double agent and even longer to do something about it. The operation leads, more or less accidentally, to two murders.

A decade later, Juliet is a junior producer with children’s radio at the BBC. An anonymous letter threatens consequences from past events. As more of that past is revealed, Transcription acquires increasing hallmarks of a spy thriller, although the author’s sprightly prose means that comedy overtones accompany even death and burials. “They were at a loose end without a funeral tea to go to. Poor Joan didn’t seem entirely dead without a glass of sherry and a slice of Dundee cake to send her across the Styx.”

As in Atkinson’s previous novels, the writing is crisp and witty, often aphoristic, with pleasing echoes of the late great Muriel Spark and even Alan Bennett. The ending – and a fascinating Author’s Note – provides a splendid surprise and a resonance with one of history’s greatest spy scandals. Kate Atkinson is without doubt one of our finest current writers.

What I'm reading: Looking for sanctuary 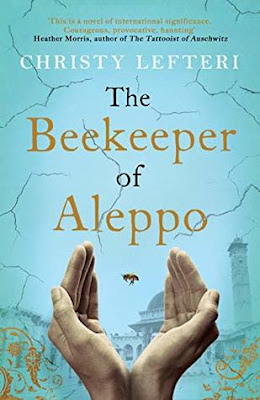 Christy Lefteri: THE BEEKEEPER OF ALEPPO

This reads like a “companion piece” to The Boy from Aleppo, which I reviewed at the beginning of this year. The Beekeeper is, if anything, even more heartbreaking.

Nuri Ibrahim is the beekeeper in war-torn Syria. His wife, Afra, a gifted artist, has been blinded in an explosion which killed their only son. Vandals have destroyed Nuri’s beehives. His partner has fled to England with his family and urges Nuri and Afra to join them. They have enough funds to pay people smugglers if they can reach a transit point. They flee by road to Turkey and then by boat to a Greek island. Nuri is haunted by a boy they meet – and lose – along the way, a boy the same age as their son. They also cross paths with other refugees from many lands, all desperate to reach a place of sanctuary.

Alternate chapters show them being “processed” for asylum on the UK south coast, so we know they will reach safety. Their treatment by those who process them is chaotic but humane.

Christy Lefteri worked with a refugee centre in Athens and has constructed this novel out of the stories of the people she met there. She writes with a vivid, simple clarity; “inside the person you know, there is a person you do not know.” There must be hundreds – thousands – of stories as harsh and as poignant as this, people who were born at the wrong time in the wrong place. The Beekeeper of Aleppo is as profoundly moving as Khaled Hosseini’s A Thousand Splendid Suns. 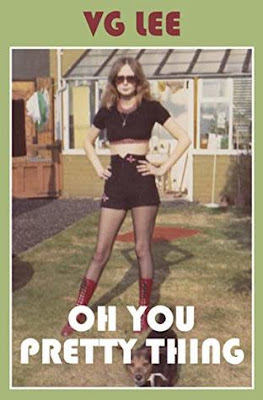 A collection of lesbian short stories would not be my usual choice of holiday reading, but I enjoyed this selection immensely. Valerie Lee is a member of Gay Authors Workshop, one of our most talented members, I have to say. Several of her stories feature women who married men before they realized they preferred the company of women. Lesbians with straight women friends is another recurring theme, which generates some crisp comedy, like Deirdre in the final story: ‘I am not a lesbian, but I’m open to temptation.’

V.G.Lee’s ladies live ordinary lives. They experience small joys, small slights, small disappointments. In the title story, a novella, Julie’s marriage disintegrates slowly and cruelly. In another ironically titled novella, The Time of Their Lives, Cathy remembers her vile father: “We needed the handprints he’d left across our lives to fade”; she more fondly recalls a lesbian aunt who danced in and out of her nieces’ lives and left an indelibly glamorous wake.

These are fiercely honest stories written in a crystal clear prose. This is very, very fine writing.