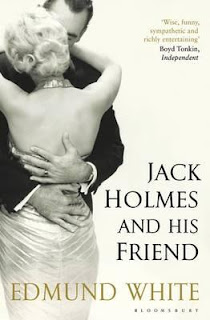 This is an intense novel about love and friendship, the places where they intersect and the areas where they don't. Jack Holmes and Will Wright meet in the 1960s, two New York journalists working for a literary magazine. Jack is gay and in love with Will, who is straight and marries Jack's girlfriend Alexandra. Jack's lovers come and go relentlessly and there's an eight-year gap in his friendship with Will and Alex, who re-enter his life in the 70s, both of them in need of his support and advice. In the final pages New York is visited by GRID, the mysterious plague that will come to be known as AIDS.

There are echoes of The Great Gatsby when Jack visits Will's well-to-do parents, and the spirit of Scott Fitzgerald continues to resonate through the domestic scenes between Will and Alex and also in the sheer elegance of Edmund White's slightly 'retro' prose style. The first and third parts of this story are written in the third person from Jack's viewpoint. The middle part is narrated by Will as he goes through a crisis, torn between loyalty to his cool WASP wife and a hot new Italian mistress.

It's something of an achievement to write a sympathetic portrait of two men who aren't very sympathetic individuals, indeed not very likeable. Beyond his endless teenage crush on Will, Jack is a total hedonist, incapable of offering anything more than sex and sensation to his many partners. Will is stuffy and conservative (and a Catholic) but he cheats readily and cold-heartedly on the wife he claims to cherish. This is a stylish novel but not a comfortable read. The sex scenes, gay and straight, are graphic and almost clinical.

The theme of this book clearly harks back to Gore Vidal's The City and the Pillar, which must have been the first novel to deal with a gay man's passion for an off-limits friend. White avoids the melodrama with which Vidal chose to climax his story (in both versions). In fact the last chapters of Jack Holmes and his Friend have a lightness of tone that works brilliantly. Friendship comes to seem more important than sex.

I suppose this has to be tagged Gay Fiction. But more than an exemplar of gay fiction, this is among the finest writing I've seen in recent years.
Posted by David Gee at 01:29 No comments:

Another review for THE DROPOUT 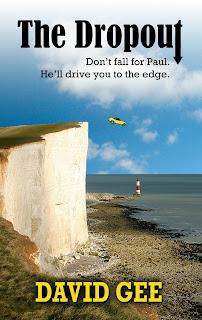 What an extraordinary amount of sex this book contains- and of many differing types- straight, gay, gangbangs, prostitution, three in a bed.

An interesting tale- the scenes of factory life are absorbing- though the whole story is somewhat bleak, and with quite an above average ration of sudden, even violent death.

None of the characters seem capable of much honesty or happiness- the gay characters all have to die miserable, marriage never functions even passably. The English seaside town is a desperate and dour place.An unusual reading experience.
Posted by David Gee at 03:35 No comments: