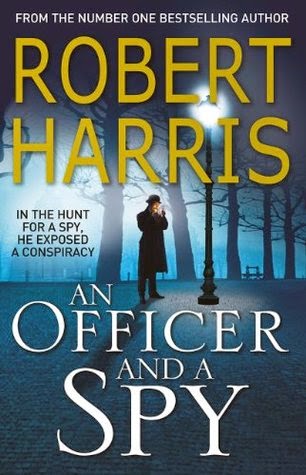 Thriller-writer Robert Harris sets out to remind us of the infamous travesty of justice that was the Dreyfus Case in 1890s France. His central character is not Dreyfus but (real-life) army officer Georges Picquart who helped to make the flimsy case against Alfred Dreyfus on charges of espionage and witnessed the Jewish captain's trial and then his degradation in front of a baying crowd. Picquart reads the heavily censored letters exchanged between Dreyfus, imprisoned in solitary confinement on Devil's Island, and his wife. Dreyfus continues to protest his total innocence. Now working in military intelligence and on the trail of another spy in the army, Picquart comes to realise that Dreyfus was indeed innocent, but his superiors are not keen to see the case re-opened or even to see a further conviction. After an initial rush to misjudgement by one inept general, the army went to outrageous lengths to fabricate a stronger case against the poor captain. After a few years Picquart himself becomes a victim of injustice.

Real-life espionage is not conducted at the pace of a James Bond or Jason Bourne adventure, but at a snail's pace - something we already know from following the career of MI5 spymaster George Smiley. An Officer and a Spy is short on thrills and long on detail: it requires serious concentration from the reader. The tension begins to build two-thirds of the way through, when the first of the re-trials takes place. There's some anachronistic language: 'lowlife' doesn't sound right for 1890. That apart, Harris generally writes with an elegance that rivals Le Carre, although he has chosen to write this book in the present tense, a device that has put me off reading Hilary Mantel's Cromwell novels and which I found somewhat off-putting here. Still, I must concede that Robert Harris has brilliantly reconstructed a fascinating piece of history. And, as we see in the news every day, justice continues to be applied with a very uneven hand by regimes that we would like to call civilised as well as by those that we know to be barbarous.
Posted by David Gee at 04:33 No comments: