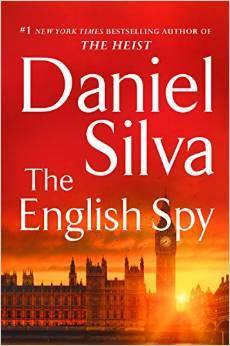 The latest instalment in the Gabriel Allon super-spy series begins with the blowing up of a yacht in the Mediterranean where the principal guest is the ex-wife of the heir to the British throne. It’s very cavalier of Daniel Silva to rescue Princess Diana (she is only ever called the ‘former princess’) from the horror of Paris only to have her murdered somewhere else.

Improbably, veteran Israeli intelligence operative Gabriel is brought in to investigate the killing, and he recruits Christopher Keller (whom we have met before), a British commando turned hitman. The prime suspect is ex-IRA bomb-maker Eamon Quinn, whose path has also crossed Gabriel’s more than once. Quinn is linked to the decades-old atrocity that destroyed Gabriel’s first wife and young son, a tragedy that Daniel Silva revisits in every novel, with powerful resonance. Keller and Gabriel criss-cross Europe in pursuit of the assassin and his sponsors. The climax, in the old ‘killing fields’ of Ireland, is thrilling and chilling.

The head of MI5 quotes Eric Ambler: “It’s not important who fires the shot. It’s who pays for the bullet.” And there are several old foes who may behind this new conspiracy - Russians, Iranians, Arabs – or perhaps a lethal combination of dark forces. The sheer scale of the conspiracy here, with all its twists and turns, reminded me (which Silva often does) of Robert Ludlum, whose great gift (the Jason Bourne stories are a good example: I wonder why they haven’t filmed the Allon novels?) was to make a preposterous conspiracy seem entirely plausible. The English Spy is one of this author’s more outlandish tales - and I think the murder of the princess shows bad taste: he fictionalizes the UK prime minister and could easily have fictionalized a minor Royal. Nevertheless, he always convinces you that a drama like this could well be played out on the streets of Europe’s cities – and, as we have seen too often recently, frightening dramas are playing out on the streets where we live.

Mr Silva never fails to deliver the goods. In an Afterword at the end of the book he delivers an alarm-bell-ringing assessment of how much he thinks President Putin threatens world security. 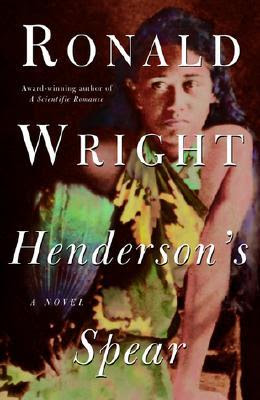 This literary adventure story was published in 2001 but only came to my attention this year, recommended by a friend with reliable good taste.

Two narratives are interwoven in Henderson’s Spear, told in different styles, both vividly fresh and exciting. The modern one has Olivia, a rootless young woman imprisoned in Tahiti on a murder charge, writing her life story in the form of a letter to the daughter she gave up for adoption. The ‘period’ story, 100 years earlier, is the journal of a relative of Olivia’s, Frank Henderson, who sailed the South Seas with a crew that included Princes George and Edward, Queen Victoria’s grandsons, one destined to die young, the other to marry his brother’s fiancée and be crowned in Westminster Abbey.

The Victorian/Edwardian history is very much in the style of Herman Melville who also explored – and wrote about – Polynesia. There are storms at sea and other maritime perils and wonderfully weird encounters with the newly Christianized rulers of Fiji and Tahiti. Prince Eddy’s homosexuality is not over-emphasized, although this tale has a ‘shock’ ending. Olivia’s life is a catalogue of doomed affairs: ‘I’ve never been very good at love,’ she writes to her daughter, ‘though I am working on it.’ Her ill-fated trip to Tahiti, also driven by letters, is a quest to find out what happened to her father, a pilot who failed to return from the Korean War. Abandonment is a core theme in this novel, explored with depth and poignancy.


Henderson’s Spear is in the same league as Captain Corelli’s Mandolin or The Kite Runner – novels that are impossible to categorize and a joy to read.
Posted by David Gee at 07:15 1 comment: