What I'm binge-watching: the resurrection of Joan Crawford 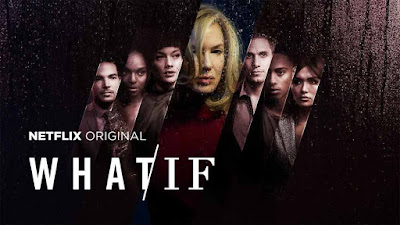 A billionaire financier (Renee Zellweger) offers a young chemist (Jane Levy) twenty million dollars towards launching her new miracle therapy in exchange for a night with her dishy husband (Blake Jenner). Not exactly a fresh jumping-off point for a “Netflix Original” drama series, but with ten 50-minute episodes to fill there are enough sub-plots to distract from the borrowed theme. Lisa (Levy) has a gay brother who’s doing threesomes with his partner and a go-go dancer. Sean (Jenner) has a black workmate whose intern wife is being romanced by a psycho surgeon. Hit-and-run and kidnap are shoe-horned into the drama. At least three characters, including Zellweger’s Anne, have dark secrets in their past.

Yes, it’s a mishmash of ingredients and like most maxi- and mini-series it could have been done in half the time – or a quarter. But the pace fairly gallops apart from one turgid episode where Anne and Lisa buddy up in motel during a rainstorm. Zellweger’s look combines – why wouldn’t it? – Bridget Jones and Judy Garland. Facial tics and brisk high-heeled walks highlight her nervy portrayal and I often felt she was channeling Joan Crawford, who would have sunk her teeth into this role with some relish.

What/If is tosh/hokum, elevated to top-drawer dosh by its star lead - and highly watchable. A second series is promised, which, obviously, will give us more of the same, possibly more than we need. They always do.
Posted by David Gee at 02:44 No comments: