What I'm reading: the only gay in the village 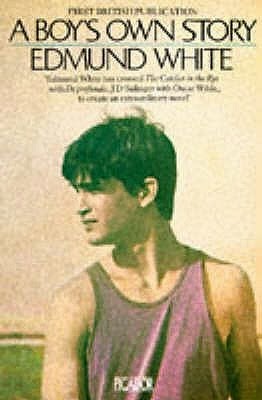 EDMUND WHITE:
A Boy's Own Story

First published in 1983, the opening volume of Edmund White's three-part autobiographical novel sequence made its way onto my re-reading list after an article in Polari, the gay online magazine.  This novel in the form of a memoir deals with the 1950s boyhood of his unnamed protagonist, watching his parent' marriage dissolve, moving from the country to the city with his mother and sister, beginning to discover a love of books and realizing that he is gay. The narrator is a hopeless romantic: after some experimental sex with a fellow teenager "I'd already imagined him as a sort of husband." And yet whilst still in his teens he buys his first hustler.

Flashbacks to his childhood give his early years some of the magic of (oh dear) a fairy-tale. A beautifully written chapter about summer camp morphs delectably from the pastoral to the erotic. There's a pleasing humour in his effort to impress a glamorous jock at high school: Tommy wants help in a debate on Sartre's philosophy but our hero is privately contemplating more mundane issues - 'How low should I let my jeans ride?' The book's long final chapter, in a boarding school, introduces a few more interesting characters, including a priggish priest and a disturbed, disturbing boy who thinks and dresses like a Nazi. In the last few pages this rambling character study springs some surprises of the kind associated with a more conventionally plotted novel; I would have preferred the whole book to have this degree of structure.

White's theme is, essentially, the experience of growing up 'different' in a world where everyone else is fitting in, but he clearly set out to craft a literary masterpiece, a book about tormented youth that would out-Salinger Salinger. Noticeably under the influence of several French writers (Gide, Cocteau, Genet - even Proust), White writes a rich florid prose that is often glorious to read but occasionally hard to digest. 'I was living in shadow between two radiances, the mythic past and the mythic future'; is a sentence like that meant to be satirical, or is it merely pretentious? Tough call. There are scenes that go on too long, and scenes, like the one in a brothel, that aren't long enough. The best scenes are those with touches of humour and the moments when his hero has an Everyman obstacle to surmount that echoes the times when the average 'middle-brow' gay reader may have felt that he was the only gay in the village.

After the 'break-through' gay novels of the 1960s - The City and the Pillar, City of Night, Last Exit to Brooklyn - A Boy's Own Story belongs to a different canon. Despite a handful of not-too-coy, not-too-lurid sex-scenes White's book has a lot more style than substance. Can a book be too literary? If the author was trying to be America's answer to Genet and Gide, he certainly landed on target with A Boy's Own Story. A book to admire rather than one to savour and enjoy.
Posted by David Gee at 03:47 No comments: