How to be the new Jeffrey Archer, the next Anne Rice! 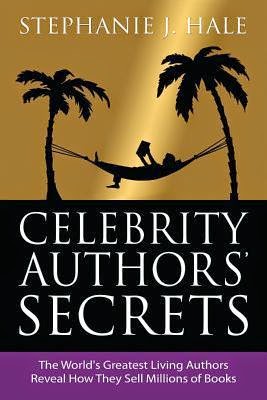 Literary lifestyle coach Stephanie Hale has interviewed twelve of the world's best-selling writers of fiction and self-help books, picking their brains for tips on How to Write a good book and, more importantly (if fame and fortune are your goal), How to Make It Outsell Everybody Else's. Jeffrey Archer believes that story-telling is a gift from God - gifted to him, of course, but not necessarily to us lesser mortals. Some writers, says Joanne Harris (Chocolat sold 30 million copies), "have bigger egos than others." Bigger sales too: Archer has sold over 270 million books!

Barbara Taylor Bradford (89 million): "A novel is a monumental lie that has to have the absolute ring of truth". Substantial advice from a Woman of Substance. Mrs Bradford says she cannot start work on Chapter Two until Chapter One is not only written but edited. (That's my style too, Barbara.) Editing, of course, is key. Lord Archer does 13 or 14 drafts of each book - in longhand. Joanne Harris thinks four is enough. New Age guru James Redfield recommends leaving a completed book for 6 months, so that you then re-visit it as a reader. 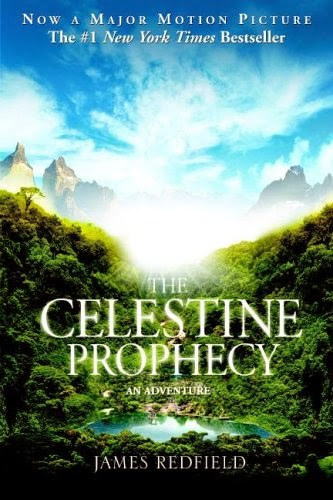 Taylor Bradford gets up at 5 a.m., Lord Jeffrey at 5.30. Alexander McCall Smith gets up at 4 and only writes for about three hours, but he reckons to produce around 3,000 words in those three hours and writes 4 or 5 books a year! The importance of discipline cannot be over-emphasized.

McCall Smith (only 40 million books sold, but he's written close to 100) is a big fan of Facebook and likes to discuss books-in-progress with his followers. " Joanne Harris prefers Twitter and Tumblr. Vampire queen Anne Rice (100 million plus) responds to all her fanmail and reviews/postings on Amazon/Facebook. New writers, Anne says, shouldn't try to sound like someone they admire. "Sound like yourself." Sound advice.

James Redfield gave away the first 1,500 copies of The Celestine Prophecy. He says a book must have the "pass along" factor: write a book people will buy again to give to friends. Financial planning expert Sharon Lechter's mantra is "Pick It Up": a book needs a title and a cover that people cannot resist. Hers is Think and Grow Rich. Lifestyle guru Brian Tracy says, "Do anything to get a real, live publisher." If self-published books reach a reviewer's desk, "they are immediately thrown in the waste-basket."

Bernard Cornwell (20 million) sees himself as a story-teller, like Lord Archer. He's very anti writer's groups and has a lot of common-sense advice: "Something has to happen on every page ... you cannot bore people." A splendid pronouncement from Sir Terry Pratchett (85 million and counting): "Write with passion about subjects that you're passionate about."

Your head will swim reading this book. So many ideas, so many tips. Which one will work for you? I think the Big Selling Point - the "hook" - of my latest novel The Bexhill Missile Crisis is the question I ask in the Prologue: When did Sexual Intercourse begin? Poet Philip Larkin said it was in 1963 - "between the end of the Chatterly ban and the Beatles' first LP ." I say it was in October 1962 when the Cuban Crisis made everyone fear that there might only be time for one last fling before the Superpowers blasted the world to pieces. The four characters in Bexhill unfortunately choose the Horseman of the Apocalypse for this final fling (he rides in on a motorbike).

A final word from Brian Tracy: "There are three keys to writing a bestselling book, and nobody knows what they are."

Stephanie Hale's interviewees have shifted a billion books between them. Does that daunt our spirits? Shall we lesser mortals continue our desperate, even futile, struggle? Bet your ass we will!
Posted by David Gee at 21:19 No comments: 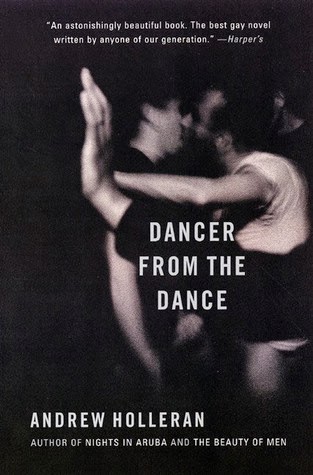 Dancer from the Dance - an anthem for doomed youth - manages to read as a book of its time and of ours. For me the great gay novel of the pre-Aids era is John Rechy's City of Night, written in a Beat-era style that owes a debt to Kerouac, a style Rechy never recaptured in the tawdry pseudo-porn books that followed. Rechy is a more urgent writer than Holleran, but Holleran's reputation will probably outlast Rechy's; perhaps it already has.
Posted by David Gee at 02:37 No comments: