Wot I'm reading: Another girl gone in this stunning thriller 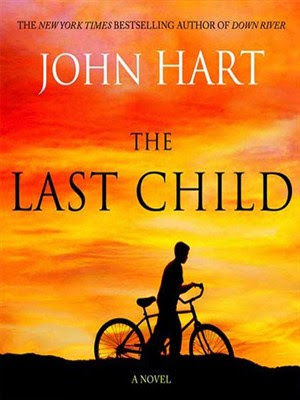 
It's six months since I discovered John Hart, reading Iron House, his most recent novel (there's a new one out next month). Iron House blew me away. The Last Child is his previous book, similarly set in North Carolina. 13-year-old Johnny Merrimon's twin sister was abducted a year ago and never found. His father has disappeared; his grief-wrecked mother has taken up with a bullying property magnate. Johnny spends many hours scouring the area looking for clues to his sister's disappearance. Another abduction and an encounter with a black vagrant who seems to know something spur the boy on. One local detective also refuses to let the case go cold and tries to watch over Johnny and his mom.

This is not a new theme but John Hart gives the story a Southern Gothic twist that makes it feel fresh and exciting. His prose style is as rich as Stephen King's: one suspicious local man "was sixty-eight, with bristled hair, two loose teeth  and eyes like raw oysters."  There's a riverside cemetery scene with an atmosphere that calls Charles Dickens to mind. The suspense builds to a vivid, visceral climax that tears at your heart strings.

Hart is a real find. Thrillers don't come any better than this. I can't wait to read the next one.
Posted by David Gee at 18:52 No comments: