What I'm reading: Life-saving and life-affirming 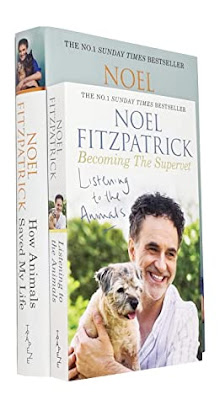 ‘If you work hard enough and believe enough, any dream can come true,’ says Noel Fitzpatrick in this eloquent autobiography, a motto which has served him well. Relentlessly bullied at school, he took refuge in dreams of becoming a vet, dreams that were magnificently fulfilled. Growing up on a sheep farm in Ireland, he suffered an early heartbreak when two newly-born lambs froze to death. But this tragedy, an everyday occurrence in the lives of farm folk, launched him on a journey that led to the surgical and prosthetic ‘miracles’ that he now produces almost routinely at his practice in the Surrey Hills.

It has been an arduous journey that would have defeated lesser men. Decades of intense study, years of surgery small and major, months of pressuring banks into lending him the funds to create and expand his amazing facility Fitzpatrick Referrals, which TV viewers have come to cherish through a dozen series of the The Supervet.

The detail he provides of his long apprentice-ship and the philosophy that drives him is lightened by the stories of the animals he (almost always) saves and the people he befriends. His writing is gloriously Victorian at times: ‘February frost had starched the fields in silent rigidity’ – and that’s only on page 3.

‘The love of an animal makes us the very best we can be,’ he says in the final chapter – a sentiment we can all endorse, I’m sure. A man who has dedicated himself to saving lives has written a life-affirming book.

What I'm reading: The battle for first-century Jerusalem 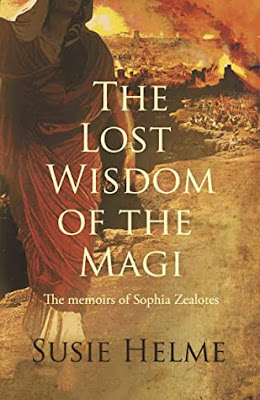 SUSIE HELME: The Lost Wisdom of the Magi

Sophia, a Persian Jew in first-century Babylon, grows up with a fascination for the magical formulae on cuneiform tablets that date back to the Biblical Flood. Running away from an arranged marriage, she joins a caravan of Nabatean nomads and travels to Petra and Jericho and eventually to Jerusalem, where the Zealots are rebelling against the Roman occupiers. She falls in love with a freed Greek slave and together they join the endless, hopeless fight for liberation from tyranny.

Susie Helme has clearly done a prodigious amount of research. The Lost Wisdom of the Magi is written in modern English, but it’s full of vivid detail of the customs and rituals of the ancient tribes, their miraculous cures and secret texts. There are many Messiahs (including the One we all know), battles and sieges, exorcisms and spells – Sophia interprets dreams and even masters the art of shape-shifting. This is a rich mix of history, legend and fiction. I was frequently reminded of the late great Mary Renault, whose thrilling reconstruction of the life and times of Alexander the Great I relished decades ago. The Lost Wisdom of the Magi will surely bring similar pleasure to today’s historical romance readers.

David at the movies: Matt Damon as the dogged father of a teenage murderer 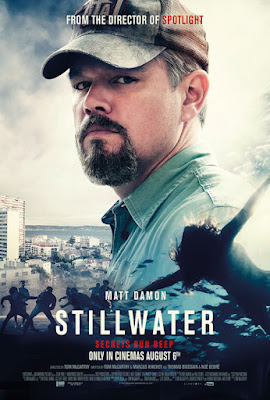 A change of pace for Matt Damon in this low-key drama shot mainly in Marseille. Damon plays Bill Baker, an Oklahoma construction worker whose teenage daughter is halfway through a ten-year sentence in France for the murder of her lesbian lover. Bill goes to visit her in Marseille and stays on to try and find the Algerian boy she says was the real killer. Speaking almost no French, he befriends a single-parent French-woman who acts as his interpreter. She and her adorable little daughter become a second family to Bill.

The story seems to draw on the case of the American student convicted of a murder in Italy some years ago. Damon, beefed up and bearded, sheds all his usual glamour and fully disappears into the role of the father doggedly trying to prove his daughter’s innocence and “adopting” a second child along the way. There’s a plot twist which slightly stretches credibility, but the ending is gratifyingly unsentimental. A small movie on a big theme and a cast who are all emotionally engaging and utterly believable. 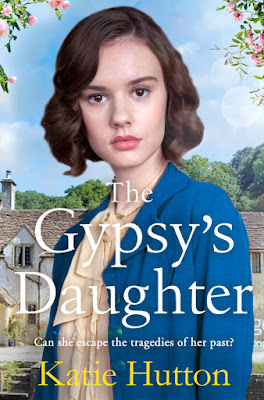 Set in the 1950s, this is the story of the tumultuous girlhood of Harmony, known as ‘Harry’, daughter of Ellen Loveridge and her Gypsy husband Sam, whose courtship and marriage Katie Hutton brought to us in last year’s The Gypsy Bride. Sam is the foreman on a hop farm in Kent, where Harry is violently assaulted one summer in her teens. Made of strong stuff like her mother, Harry puts this outrage behind her and fulfils her promising academic career with a scholarship to Nottingham University, where she is courted by two men, one a glamorous French teacher, the other a factory hand with aspirations of his own.

Like its predecessor, The Gypsy’s Daughter brings strong echoes of Thomas Hardy and even – with its Nottinghamshire miners who talk in dialect – of D.H. Lawrence, no less. The family saga morphs into high drama when Harry attracts what we now call a stalker, and there is a powerful climactic chapter in the Old Bailey. Like Melvyn Bragg, Katie Hutton convincingly and vividly brings the ‘classic’ literary traditions of bygone times into the postwar era, with its huge change in fashion and customs and values. Her characters – and the events that shape their lives – tug at your heartstrings. This is an immensely satisfying read.