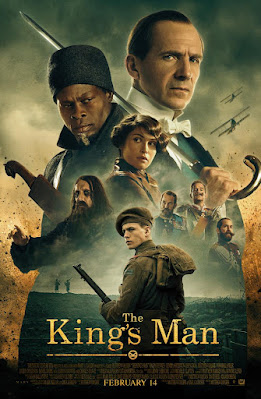 This prequel or “origins” addition to the Kingsman franchise is huge fun, a romp through history that takes a few liberties with the events leading up to World War One and the Russian Revolution. The Duke of Oxford (Ralph Fiennes, in splendid form and clearly enjoying himself) is recruited by Lord Kitchener (Charles Dance) to run an operation to protect Archduke Ferdinand from would-be assassins and prevent a European war. That doesn’t turn out too well, and Oxford is soon hunting a mysterious anarchist in a mountain-top hideaway who’s trying to shape the world’s future.

Like the two episodes we’ve already seen, this is daftness on a grand scale, but Matthew Vaughn’s direction has as much pace and gusto as a Bond movie. Ralph Fiennes, Gemma Arterton and Djimon Hounsou make for a likeable trio of founders of the Kingsman agency. Harris Dickinson is appealing as Oxford’s heroic teenage son. Rhys Ifans makes for an athletically villainous Rasputin. Tom Hollander plays all three of Queen Victoria’s lookalike grandsons – King George V, Kaiser Wilhelm and Tsar Nicholas.

Production values are outstanding. The swordplay scenes give the movie a kung-fu flavour. Rob Roy meets James Bond! The best action movie of the season.

What I'm streaming: meteors and vampires from Netflix 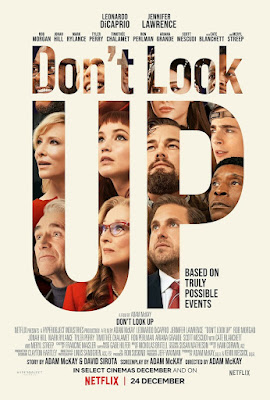 This oddball and slightly clunky spoof of Deep Impact from Netflix has President Meryl Streep having to deal with an extinction-scale meteor heading for Earth. Leonardo DiCaprio and Jennifer Lawrence are the university astronomers who've spotted the looming threat. Mark Rylance is the hi-tech company CEO (he’s given the look of a sighted Andrea Bocelli but brings echoes of more than one hi-tech hotshot) who tries to take over the program to deflect the meteor.

The actors are all on good form and play their roles as seriously as good satire demands, but the screenplay doesn’t have enough ‘edge’ and the direction somehow lacks focus. It feels like a TV sketch expanded to bursting point and comes close to putting the "stink" in Extinction, although the ending brings welcome echoes of Doctor Strangelove. 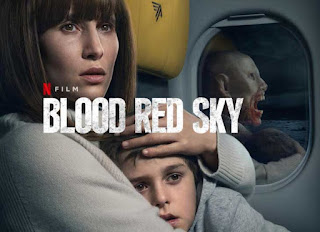 Also on Netflix I just caught up with Blood Red Sky, a horror mishmash, with a transatlantic flight pitching terrorist hijackers against vampires. I guess this is no dafter than Snakes on a Plane, but it’s not in the same league as the first episodes of the Anaconda or Tremors "franchises". Frequent gory, scary moments keep the viewer’s attention, but it might have worked better if they’d played it for laughs.
Posted by David Gee at 04:03 No comments: