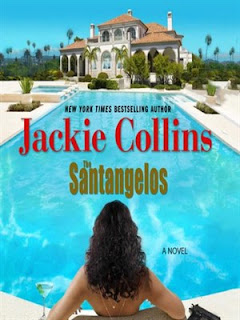 Two weeks ago I reviewed a Southern Gothic thriller that was one of the best books I've read in the last few months. The Santangelos is far and away one of the worst: scrappily plotted, poorly written and under-edited. Total tosh, in fact, but - although I skimmed through chunks of it - I had to read through to the end! Jackie Collins had her own kind of magic: RIP.
Posted by David Gee at 00:29