What I'm reading: Dark deeds at the Vatican 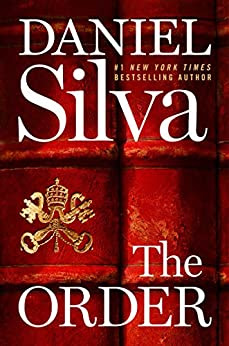 We’ve met Pope Paul VII before: Daniel Silva’s fictional successor to John Paul II, he has survived several assaults on the Vatican, all thwarted by Israeli master-spy Gabriel Allon. Holidaying in Venice when His Holiness dies of a supposed stroke, Gabriel is invited to investigate the possibility that the pontiff was murdered by enemies within the Church who are plotting to manipulate the conclave that will elect his successor. A secret gospel has been discovered in the archives which could undermine Catholicism’s foundations.

There are brief excursions to Florence, Zurich and Hitler’s old “roost” in Berchtesgaden, but most of the action takes place in Rome where a right-wing coup threatens not just the papacy, but the governments of Italy and other EU states. “The backbiting bureaucrats of the Curia” are disturbingly credible. Silva reminds us that the Vatican has a dismal history with the Jewish nation, dating all the way back to the crucifixion of Christ. Let’s not forget that Pius XII cosied up to Mussolini and Hitler and avoided harsh condemnation of the Nazis during the Holocaust.

Alternative gospels and dark doings in the Holy See have provided fodder for historians and many other writers of fiction (including Dan Brown – twice!). There was much speculation that John Paul I, Pope for only 33 days in 1978, was murdered by rogue cardinals; this theory provided part of the plot of Francis Ford Coppola’s third Godfather movie.

Outlandish as it ought to be, The Order has the ring of believability; it’s almost as pacy as a Bond film. This is the most enthralling thriller I’ve read since Gabriel Allon’s previous misadventure and is unlikely to be equalled until his next one.