What I'm reading: Another take on the plot to kill JFK 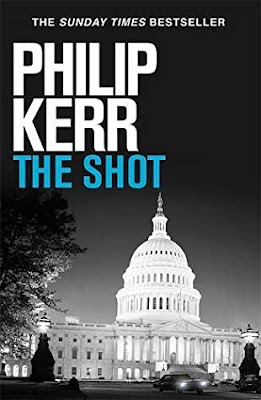 Perhaps taking a leaf from Stephen King, espionage writer Philip Kerr invites us back to the Kennedy era. The Shot starts with Jack beating Nixon in the election in November 1960, narrowly and – Kerr repeats an oft-told tale – with some help from the Mafia in the key state of Illinois.

A professional assassin (presidentially named Tom Jefferson) is hired by mobster Sam Giancana (who famously shared a girlfriend with JFK) to murder Fidel Castro, so that Cuba can revert to its previous Mob-dominated money-spinning status. But there are other pressures on Jefferson, and he diverts his attention to a plot to remove Kennedy before the inauguration.

“Georgetown lay on his soul like a dead weight.” Philip Kerr, as we know from his WW2 and Cold War novels, has a neat way with words. His extended dialogue scenes reminded me of Robert Ludlum at his most prolix, but the assassination theme pulls the reader through the occasional slow patch. As with The Day of the Jackal, you think the end won’t spring any surprises – but it does!

Most conspiracy buffs believe that Cosa Nostra did play a key role in the events in Dallas in 1963; Oliver Stone’s movie JFK included this and several of the other scenarios in a mash-up of the conspiracy to end all conspiracies. The Shot offers one more tense, imaginative chapter to the Mythology of “Camelot”.