David at the Movies: Penelope Cruz, an incandescent presence 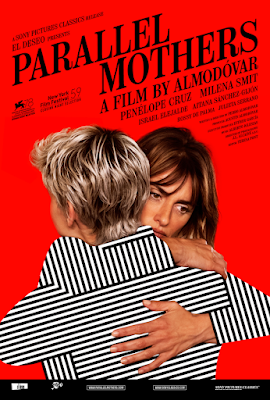 Pedro Almodovar is the maestro of the modern Women’s Picture, and Parallel Mothers is emphatically that. Two women give birth to their babies in a Madrid hospital. Ana (Milena Smit) is the teenage daughter of an actress who is only interested in her career. Janis (Penelope Cruz) is a fashion photographer and the mistress of a man who isn’t free to marry her. Ana and Janis’s lives and destinies are irrevocably bound by something that happens in the hospital.

If that sounds like a soap-opera story – well, it is, and a well-worked one. Almodovar’s gift is to take this trite situation and give it a glossy sheen that makes it seem almost fresh. All the cast take their roles seriously. Penelope Cruz is the best of them; on screen she has an incandescence that reminds me of Sophia Loren’s early films.

There’s a background story in which Janis’s lover is trying to get permission to excavate the grave of some villagers savagely killed in the early years of the Civil War. I rather wish that this had been given more screen time. The final scene of this movie is nothing less than magnificent.