What I'm reading: the new First Lady of spy fiction 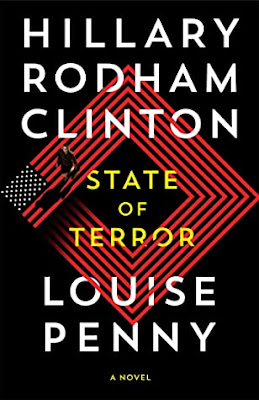 The principal character in Hillary Clinton’s literary debut is – can you believe it? – a female US Secretary of State. With terrorist bus bombings in three European cities and a clear and present danger of outrages in the US, Ellen Adams, newly appointed to the new administration of President Douglas Williams, goes on the diplomatic offensive, jetting to Kabul, Tehran and Moscow to meet leaders who may help to defuse the situation. She is handicapped by hard-right ‘moles’ in Washington who are in league with those - a global group - orchestrating the outrages. It’s very gung-ho, very Jason Bourne; Ms Adams is frequently in the firing line, from fisticuffs in the Oval Office to shoot-ups in caves in the mountains of Baluchistan.

President Williams has a potty mouth which calls Richard Nixon to mind more than the current incumbent. His predecessor, Eric Dunn, presided over “four years of chaos” and now lives in kingly splendor in Florida – hmmm. Other world figures, up to and including Iran’s Supreme Leader, are lightly (very lightly) fictionalized. Russia’s President Ivanov was famously photographed shirtless on a horse! 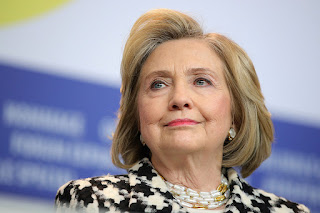 The sheer geopolitical scale of this taut and tense thriller suggests that Mrs Clinton has contributed more than just her name to the project. I’m guessing it’s the Second Lady rather than the Former First Lady who’s responsible for the actual writing. Characters are pithily described. The pithiness extends to the staccato prose style: short sentences, short paragraphs – a style practiced by the late Jackie Collins, among many others. Not a style I warm to, but the exhilarating plot and the sheer pace kept me engaged through to the nerve-shredding (if slightly daft) conclusion.
Posted by David Gee at 03:05